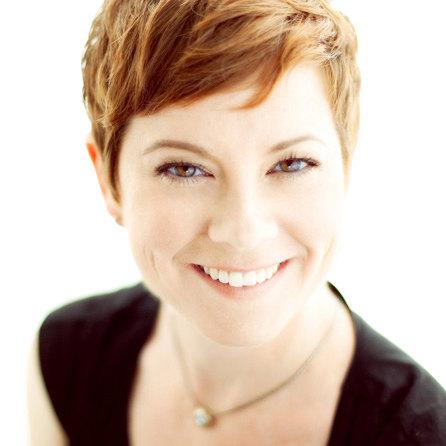 Tricia Scott is the owner of MergeLeft Artist Agents, an agency representing amazing photographers for 20 years in New York City.

You knew you were perfect for the job, it was right up your alley, the work spoke for itself, finally someone sees your brilliance! Why didn't you get it?

When you look back at the jobs you've estimated this year, do you think about why you got the work, or why you didn’t? Do you think about what you could have done differently to ensure you were awarded the project? There are many reasons you win or lose a job, some simple, some not so much. Although budget is a big factor in awarding most projects, it’s not always about the bottom line and more likely a combination of factors. Here are the main reasons in my experience.

Why you get the job

Why you didn’t get the job:

I asked a few of my clients why they hire or don't hire and their answers expanded on my lists. For the sake of brevity, I included just a few gems. Following are some insightful thoughts.

Jeff Cooper, ACD at RedFuse in NYC had this to say:

I have 3 things I look for, beyond the obvious talent, that determines who I'll award a job to.

First, passion. I need to feel like they're excited not just about the potential job but about what they do for a living. I've no desire to spend the day with a burned out asshole who's only interested in paying the mortgage.

Second, creativity. All things being equal, I'll award a job to someone who asks a lot of questions and comes to the table with their own ideas over a photog who takes the job at face value and is only interested in shooting what's on the page. They're the experts, and I get excited when they're an active, creative partner.

Finally, I look for professionalism. This is not about how they dress or act (although those are important), this about how they prepare for the shoot and run the day. Have they thought through every shot? Are all eventualities planned for? I can think of two examples of this that are burned in the back of my mind. One was a director who winged the entire day…no shooting board, no plan of action, it was a disaster, and we were scrambling to get footage without going into overtime. The second was a director who presumed he was getting the job, so his treatment was half-assed (at best). He was probably the most experienced and talented, but the job was going to go to someone else who knocked the treatment out of the park. It just showed that they cared more and were willing to work harder.

Hannah Wolfert, art producer at GSW Worldwide had similar feelings, as well as some others.

There is the typical reason, budget. Even if a team has really liked and wanted to work with a photographer, I've had photographers price themselves out of a job because they can't meet the budget. Some have bid so high above our actual budget there was no way to pull enough out of an estimate to meet our needs. It's especially frustrating because I typically include what our general budget is so the rep & photographer know what kind of funds we have to spend and what level of production we're looking for. If I'm providing information on our budget, you should be able to bid to the level of production that will meet our needs.

I've also advised teams not to hire photographers because of a lack of confidence in the bid. I've had photographers so underbid a job or provide very little information on how they arrived at the bottom line that I was wary that they could meet our needs for the cost that they were proposing. I was worried that once we started production there would be additional costs that the photographer or producer didn't build into the bid. Having to go back and ask the client for more money due to poor planning is just not acceptable. If I can't see all the numbers, pieces and parts that are going into a bottom line, I can't trust it – especially if it's way under bid. It makes me wary that the photographer can't meet our needs.

I've been on a creative call where the producer did all the talking and the photographer said 5 words on the call – even after trying to coax him into talking about his thoughts on the project. He just wasn't bringing anything to the table. The art director called me afterwords and asked what they heck was going on, "did the photographer not want the job?". I was baffled myself, especially since he had been really trying to work with our agency. Maybe he just thought it was "in the bag" and he didn't have to contribute, but he lost out and I doubt I'll recommend him again.

It's important for the creatives to know that whomever they hire to help them in communicating their ideas understands what they're trying to do, has a vested interest in it and has a good rapport with them. It's a collaboration. The team wants the photographer to bring their expertise and ideas to the table to make their concepts the best they can be. To bring them to life! If the team doesn't have confidence in the photographer to do this, he/she won't get the job. If a photographer has great work, listens, works with my team to create great imagery, and offers a fair price that is a perfect combination.

In a perfect world, all the stars align and you land a job easily and quickly. Sometimes there are many factors that contribute to why you do or don’t get that job, but as illustrated above, creativity, budget, production knowledge and problem solving are key. Above all, be an awesome person.