It's not "business first"

We believe in a different business approach, a modern and at the same time perhaps old-fashioned approach. An approach where quality and values trump short-term profits.

Giving back control to photographers

We put you in the driver seat and make sure that PhotoDeck adapts to your business, not the other way round.

Being nice people with high ethics

No long-term contract, no commission taken from your sales, no setup fee, no meaningless SEO promises, no intrusive and privacy-violating marketing practises.

Making you happy, not investors

We invest in product development, not in marketing. Word of mouth is what makes us grow. And we have no external investor to please, so we can focus fully on our members and on the long run.

Getting out of the way

Your clients are your business - we empower you with great tools and stay in the shadow.

Our members get to interact directly with the founders. It gives us flexibility and responsiveness our competitors can only dream of.

Because all our work is vain if you can't leverage it easily.

Code that makes good use of the latest web technologies. The software behind PhotoDeck is built in-house, continuously reviewed and improved. We hate half-baked "solutions", so we're used to going the extra mile. 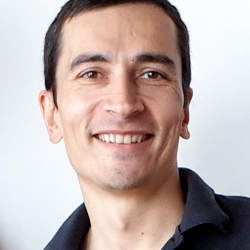 An avid photographer since he was 13, he launched in his spare time his own stock photography website as a pre-PhotoDeck experiment (and managed to gather over 6000 visitors a day).

He speaks fluently four languages and has lived in five countries. He is currently based with his wife in Helsinki, Finland. 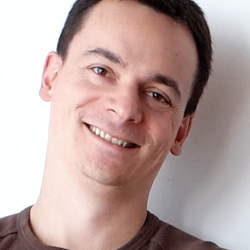 When he was 15, Cedric set out to write his own graphical operating system (he succeeded). As a teen, he also created a complete accounting application, still in commercial use 20 years later.

A graduate in computer sciences, his 10-year corporate career then led him to design and manage multi-million dollar IT infrastructures.

Cedric lives with his wife and their daughters in Lyon, France.